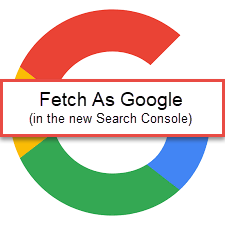 Fetch As Google in the New Google Search Console

I thought that the old Google Search Console was very good and would have lobbied to keep the old version but, as we all know, that effort would have proved futile.

And, you know what?

And, one thing that I use to do with some frequency in the Google Search Console, was use the Fetch As Google tool for both new and updated content.

Fortunately, this tool is still there…it’s just no longer labelled Fetch As Google.

As you see in the graphic, it can be accessed in two places.

Let’s take a look at an example of how to use this tool.

As mentioned, I often use the Fetch Tool when I update content or add new content.  So, today I will use the URL Inspection tool to tell Google that I have updated my article on how to track CTAs in Google Analytics.

First, I will enter the URL in the box.

After doing so, I receive the following window from the URL Inspection Tool.

If you expand the “Coverage” section, you will receive the details of the last time the page was crawled.  As you can see in the results below, this page was last crawled on September 21st, 2019. 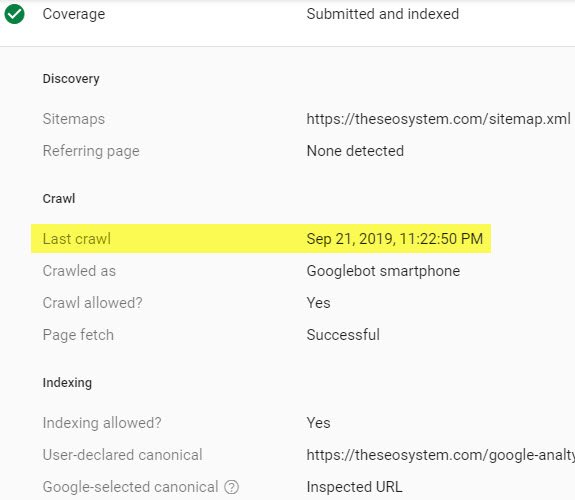 Now, if we want to use the Fetch as Google tool like we did in the old Google Search Console (or Webmaster Tools as it was once known)?   Where, oh where, would it be?

When you click this button, it is the same as the old, beloved Fetch As Google Tool.

Conclusion:  Fetch As Google in the New Google Search Console

Truth be told, the new Fetch as Google (which is now called URL Inspection) is much easier than the old version because the tool is always available to you at the top of your search console.  So, good on ya Google!

So make sure that the next time you have a new post, or an old one that has been updated, head on over to the new Google Search Console and click URL Inspection — it’s the new version of Fetch As Google!