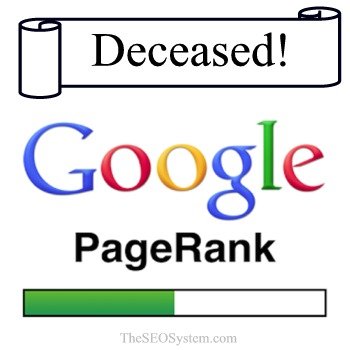 The tool that many SEO’s have used for several years, Google PageRank, is officially dead…or dying.  Sources say that PageRank data will be unavailable within a couple of weeks.

I still see the PageRank data in my Chrome Open SEO browser and stats toolbar  as you see below: 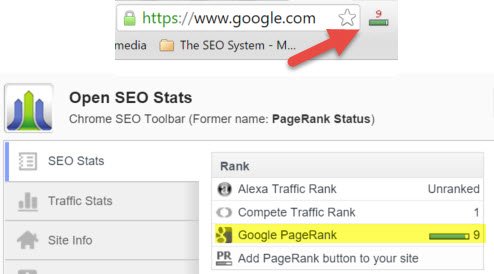 But, presumably, this data will disappear in short order.

So, what is the reaction of the masses?  Let’s take a look at the top posts with quotable Tweets about the death of PageRank in this weekly round-up.

Top 10 Posts About The “Passing” of PageRank

1. Danny Sullivan provides a retrospective on how PageRank ruined the web:

3.  From the Y Combinator forums:

When a measure becomes a target, it ceases to be a good measure. @ycombinator Click To Tweet

We look forward to seeing a web with far fewer spam links in comments. @Position2 Click To Tweet

7.  Alex Hunt bids farewell to PageRank and ponders How Will This Affect SEO:

This removal of PageRank will help create a more varied and improved SEO landscape. @punchcomms Click To Tweet

8.  Chloe Green asks what does this mean for your website?

9.  On the PureContent blog, Jo Cook realizes that this death of PageRank comes as no surprise but it…

Makes it a little more difficult for users to understand the value of sites. @Purecontent Click To Tweet

10.  And of course, The SEO System ponders The “Passing of Google PageRank“: 🙂

The top 10 quotes and posts about the 'Passing' of Google PageRank. Click To Tweet Article Comments:Have any other “quotable” quotes about the “Passing” of PageRank or want to add a comment/feedback? Sound off in the comments section below. I respond to all comments that come in. Cheers, Richard

Richard CummingsThe “Passing” of PageRank: A Round Up of the Top 10 Posts