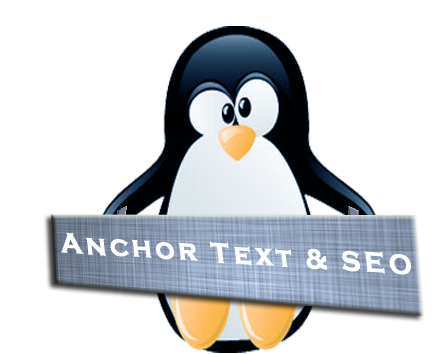 The question that we are going to look at today is this: Is inbound anchor text still relevant when it comes to SEO best practices?

We know that it used to be. As you’ll see below, the volume of inbound links using specific anchor text was such an influencer, and yet so easily manipulated, that it threatened Google’s entire business.

So Google took action. Over time, they significantly devalued the impact of anchor text within inbound links in an effort to thwart those who tried to game the system.

Does this mean that you should abandon all thoughts of anchor text as an SEO best practice? Not entirely.

Below, you will find 5 critically important conclusions about the importance of inbound anchor text in your seo strategy.

Inbound Anchor Was Everything

There was a time when inbound anchor text was everything. Let’s take a look back at that time.

Let’s say that you wanted to rank well for the term “top rap songs”. You simply needed to create a webpage (ideally, a quality page but it didn’t always matter) with a list of the top rap songs of the day and then generate a bunch of inbound links to your site using the anchor text “top rap songs”.

Although many so-called industry experts said that these had to be “quality inbound links”, there were ample examples proving that quantity often beat quality.

This put the growing Google search monopoly in jeopardy. If they weren’t returning quality websites, some Silicon Valley upstart would quickly take their place.

Google realized that the whole inbound anchor text premise was faulty at best. It was always manipulable. My favorite manipulation of inbound anchor text was that of “miserable failure”, a search that for years returned George Bush’s White biography. Read more about that fun story here.

The real problem Google had with inbound anchor text and the corresponding volume of inbound links was that this was how the primary Google algorithm worked. It was not something that a simple line of code could fix.

So over time, Google began instituting changes and one of their principle efforts has been to de-value inbound links from shady websites. In fact, not only have they de-valued those inbound links, they have penalized many sites that have inbound links from suspect sources. This led many to have to disavow links that they spent years creating.

I always thought that this disavow tool was somewhat beneath Google. Could they not have used their superior technology to auto-disavow bad inbound links?

In fact, the whole penalization of bad inbound links created the same problem it was trying to solve — it was manipulable! Only this time it was being manipulated by unsavory characters to punish their online competition.

Gradually, and thankfully, Google has finally reached a point where they have significantly diminished the value of inbound anchor text in links. But, is it still important as an SEO best practice?

So, bearing in mind this history, let’s take a look at where we stand with anchor text and SEO in today’s environment and address the question at hand: Should anchor text still be considered in your SEO strategy?

I always like to start off with a hypothesis based on intuition — trends that I have personally witnessed over the past several years. And that hypothesis is this:

The value of anchor text has diminished considerably and carries far less weight that it once did. Click To Tweet

To evaluate that, let’s do a check on the example from above, a search for “top rap songs”. (This search is of particular historical interest to me because for many years I had a webpage that ranked #1 for this term.) So, let’s take a look:

We see that billboard.com now holds the #1 spot for this term. This is a classic example of Google favoring authoritative websites (find out how to build authority for your website). Billboard’s root website currently has a pagerank of 7, while their “rap music” page carries a pagerank of 5.

And do you know how many times that this Billboard rap page has the terms “top rap songs”? Zero! (Ok, it appears once in the title, but that’s it.) Thus, as far as exact keyword density goes, it doesn’t even exist.

And what about anchor text? Since this site is the #1 result, there should be numerous inbound links that use the term “top rap songs”. Right? Wrong.

A quick check at Backlink Watch reveals just one inbound link that uses the term “top rap songs”. A similar check on ahrefs.com site explorer suggests that several more inbound links use the word “top” because they link in using the title of the page.

This quick and informal example suggests that the hypothesis is true: Exact inbound anchor text carries far less value than it once did.

Notice I use the term exact inbound anchor text.

In this case, the exact inbound anchor text is “top rap songs”. However, the leading Billboard page does have a multitude of inbound links that use the phrase “rap songs”, and “hot rap songs”, etc.

Also, we need to keep in mind that Google currently, unlike in the past, factors in synonyms and, in this case, we could consider “top” and “hot” as interchangeable.

I have presented a brief case study and made the hypothesis that anchor text carries far less weight than in the past. Now, it’s time to get more scientific and conclude with some hard numbers.

And, finally, as we see in the “top rap songs” example, you definitely want to have your keywords in the title of the page.  Why?

Because a vast majority of your inbound links will come from people who use the title as the anchor text!

Comments: So, what’s your take on inbound anchor text? Are you still using it as part of your inbound SEO strategy? Have you abandoned it altogether? Sound off in the comments section below. I respond to all comments that come in. Cheers, Richard