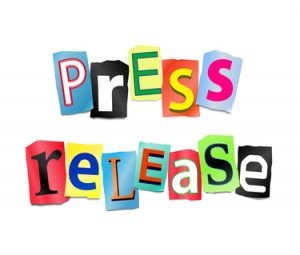 Before the many Google algorithmic changes, press releases were a great tool in your SEO arsenal to publicize your web content.

What is a Press Release? 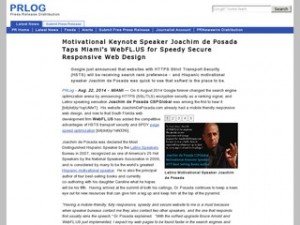 A Free Press Release from PRLog

Sometimes a word or phrase defines itself quite adequately and this happens to be one of those cases.  When your business has a newsworthy item—a product launch, promotion, or service announcement among others, your goal is to get this in front of as many eyeballs as possible.  And who attracts the most eyeballs?

You guessed it—the press, in it’s many forms:  newspapers, magazines, wire services, television outlets, etc.  Thus, when you use a press release service, they are releasing your business proposition to a larger world, gaining [theoretically] a massive new audience for your offerings.

Press release services can be either free, paid-for, or any combination of the two. For more on the differences between free vs paid press releases, take a look at Susan Payton’s article Free vs. Paid Press Release Distribution: Which Wins?. You might also enjoy this list of the Best Press Release Websites of 2019 (Free+Paid).

Why Press Releases Were Great for SEO 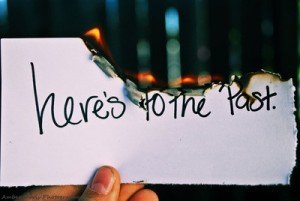 Theoretical flashback:  It’s 2007 and I realize that hundreds of people are searching for the term “How To Play Golf” and I want to be #1 for that term.  How do I do it?

I create a high-quality article entitled How to Play Golf replete with lots of text and videos.  I always create great pages and ensure that they are better than the page that currently occupies the number one spot for that keyword.   I then create complimentary material that I will publish on press release sites and article sites that all include an inbound links to my page, some of which will use the anchor text How to Play Golf (with several variations thrown in course).  I’ll probably do a few other things like put my link with anchor text in some comments on relevant, do-follow blogs and I will continue this process for a couple of months.  Within that time, and because I created a quality page, I will pick up a few power links from people who may have seen my Press Release and, voila!, I am number one on Google for that term and am ranking in all the traffic.

Voila! no more.  These tactics were not too spammy or frowned upon at the time.  These were legitimate ways to get the word out about your quality content.  And quality was key—it’s what earned me the power links that vaulted my page to #1.  However, the spammy creatures of the world also did this and were having some success with quickly-contrived, low-quality content.  Thus, these tactics to build inbound links were all negated with Google’s algorithmic changes.  And, now, Google is reporting some Press Release sites (and Article Directories) as bad links in Google Webmaster Tools.

The title of this section is “Why Press Releases Were Great for SEO”.  Notice the past tense.  Press releases do not work the way that they once did.  As Cherly Conner notes in her Forbes article: “Press releases are not (repeat NOT) effective as SEO tools.”

But this doesn’t mean that you should not use them.  More on this in a moment… 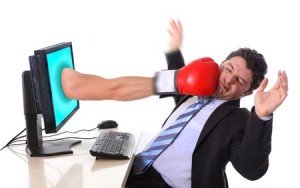 We must always remember that it is in Google’s best interest to provide optimal search results because, in spite of all the amazing things that Google creates (can you say self-driving car?), the bulk of their revenue is still driven by Google search.  If Internet users start searching elsewhere, the Google house of cards will come a-tumbling down.

In their efforts to provide the best search results, Google updates their algorithm to weed out thin content that is of little use to Google searchers.  And, quite surprisingly actually, many of the Press Release sites have avoided the Google slap…until now.

Yes, many Google algorithmic updates of the past years have severely penalized some of the most respected press release websites like PRNewswire, who has seen a 63% drop in SEO visibility.

Quite simply, these sites do not receive a high quality score from Google, failing the many questions asked to determine the quality level of a page.

When Google first vaulted to search stardom, they did so by favoring websites and pages that had many inbound links with influential anchor text.  Not enough mentions were made at the time of the fallibility of Google’s ranking system (for fear of deriding the new beast?).  The system was manipulable and press release sites were a perfect vehicle to leverage a large amount of links with appropriate anchor text.

Google has had to refine their system to remove these fallibilities and, to the surprise of very few, press release sites have now been penalized.

The only surprise is how long it took.

Russ Jones writes a great article subtitled The Road to Recovery for press release sites. He looks at the many questions Google poses to determine quality websites and provides creative ways that press release sites can be improved.

For example, Russ shows examples of canned business press releases and illustrates how they could be greatly improved with dynamic stock quote data. And, to the question of “Would you trust this site with your credit card?”, Russ advocates the use of SSL by these press release sites (Related Content: A Secure HTTPS Website: 10 Facts & Myths).

The road to recovery for press release sites will not be easy. Certainly, the free PR sites, who are naturally plagued by more spammy content, will find it most difficult to recover. Due to their free nature, they presumably lack the resources of the paid sites to implement the many necessary fixes to turn their thin content into viable quality content.

And, we can be sure that several paid sites will also leak into obscurity. There is no quick panacea to go from marginal to meaningful. These paid sites will have to use all their wiles and workforce to make this happen and many are lacking one or other.

We noted a quote above from Cherly Conner who said: “Press releases are not (repeat NOT) effective as SEO tools.” In the strictest sense, she may be right.

However, at The SEO System, we have redefined SEO as “Success Earned Online”, a more comprehensive view of SEO as a general online marketing strategy. And, in the context of press releases, we need to look beyond the immediate search benefits of a press release.

For example, in the past you may have realized immediate SEO benefits from your press release. It quickly ventures to the first page of Google for your intended search phrase and you receive an abundance of clicks directly from that article. Now, the benefit is derived less directly: Let’s say a member of the press—a Yahoo copywriter or featured Forbes author, spots your press release and he or she decides to highlight your press release and write further content about your company which in turn earns you vast exposure from an authority site.   That’s the benefit of a press release now and how it was always intended to be.

Should you still use syndicated press releases to gain valuable inbound links with ideal anchor text from hundreds of websites? No, absolutely no. This is no longer a sound strategy. In fact, many authorities now recommend that you now no-follow all press release links.

Press releases, for a time, morphed into something that was never intended—this vehicle for cheap, quick inbound links for SEO purposes.   That time is over.

So, should you still do press releases? Absolutely!

Let’s go back to our original question: “What is a Press Release?” The answer, in short, is that a press release is a way in which you can release your business ideas, products, and services to the press.

How To Write A Press Release: The Definitive Guide (2019): Brian Dean has created another thorough and enlightening piece about SEO and Press Releases including some great examples!

Press Release Sites See Huge Drop In Google Ranking After Panda 4.0: Take a look at the stats to see how Panda struck a blow to PR sites.

Did Google Panda 4.0 Go After Press Release Sites?: Search Engine Land provides takes another look at the startling drop in traffic of PR Sites after Panda.

Panda Pummels Press Release Websites: The Road to Recovery: On the Moz blog, Russ Jones (quoted in the article above) provides valuable insight on how PR sites can recovery.

More guidance on building high-quality sites: This is a link to Google’s guidance on quality pages. Since they are the one’s determining your SERP fate, it should certainly warrant your attention.