While experts give us exhaustive speculation on user behavior, the best way to understand how people currently use Facebook and Google is to watch them. 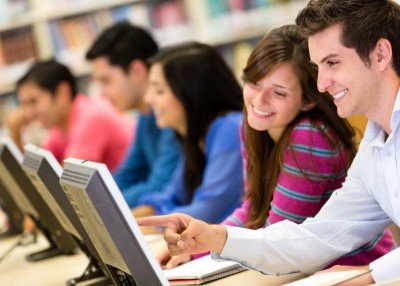 With all the hubbub surrounding the launch of the of the new “Facbook Graph Search” feature, many speculated that this would spell the beginning of the end for Google search.   This is not the case.  I will tell you when and why Google should fear Facebook based on user behavior.

While experts give us exhaustive speculation on user behavior, the best way to understand how people currently use Facebook and Google is to watch them.

I had a unique experience to do just that recently in a café in Buenos Aires.

How People The World Over Use Facebook and Google

Of course, we can stand behind someone at work and watch their behavior as they use their computer.  We can also gather groups and do comprehensive user analysis testing.  However, there is a notion called the Heisenberg uncertainty principle which tells us that to monitor behavior is to modify it.

But what if people don’t know their being watched?

I had just this opportunity recently in a café in Buenos Aires, Argentina.  In a crowded café with rows of computers facing each other, I could easily see 24 people churning away on the computers with no idea that I was watching their behavior.

This group of users represents the future.  The café is crowded with both local Argentines who don’t have Internet at home and travelers from all over the world…so it’s a pretty good sampling of users throughout the world.

Remarkably, as I watched them, they all used their computers nearly identically.

Did any of the 24 users use Google?

On the good news front for Google, the answer is an emphatic yes.  Nearly all 24 users used Google.

But, the question is, how did they use it?  And, the answer for Google is not good news.

When a user was on Facebook and needed to search for something, they would either use their existing window or open a new window and launch Google.

But, once they found what they were looking for, they would immediately close Google and go back to Facebook.

Even by Google’s own standards, they would lose the quality test to Facebook.  Those of you who study SEO know that the length of time on a page is a contributing factor to the value of that page.

As I watched these users punch their keys and work their windows, I had a thought that justifiably strikes fears in the hearts and minds of Google personnel and one that you know Google  has teams of people wresting with:  What if Facebook implemented search?

Reading of the launch of the new Facebook search feature before getting into the details, I thought Facebook had officially fired the guns over the bow at Google search.

But that was not the case.  The new Facebook search exists in the closed world of Facebook.  And, frankly, when I want to know of a great restaurant, I’d rather read what thousands of Yelp users say than the randoms at Facebook.

So I don’t think the new Facebook search feature is too much of a threat to Google.  However, once Facebook implements a quality, comprehensive search solution, and users don’t need to leave Facebook to search for things on Google?

Richard CummingsWhen and Why Google Should Fear Facebook: A Behavioral Analysis